Gaming laptops have a pretty bad reputation for one reason, it constantly overheats. Yeah, cooling fans are a thing, but you would need to spend a few extra dollars just to get a plastic flat table with 2 fans attached to it. It is also a pain to pack more than just the laptop as your bags will not have the space to fit the cooling fans to prevent your laptop from lagging. However, gaming laptops nowadays are able to perform well as not only are they equipped with one of the latest graphic cards, but it also comes with a better cooling system, which means that you wouldn’t have to solely rely on cooling fans anymore.

The Razer Blade Pro 17 is the latest addition to Razer’s line of laptops. Since it is a gaming laptop, it comes with the typical RGB lighting that every gamer thrives for. Despite being a laptop, it has a very distinct design that fits Razer’s trademark colors; black and green. The screen stretches 17 inches wide, hence the 17 in its name, and has a thin layer. It also comes with an in-built webcam that can support up to 720p, which is pretty good for a webcam as it will display a high quality video feed.

From the left, we have the proprietary power cable, which is normal for every laptop to have. However, the power supply has one hell of a size that might even be one of the biggest power supplies that you’ll ever see.You can also find two USB A ports, a USB C port and an audio jack on the same side as well. And now on the right, we first have the HDMI port, fitting for whenever you need to do a presentation or connect to a TV. It also has its own share of USB A, USB C port and an SD card reader. Although you might not find any use for the SD card reader, it can act as another “pen drive” since SD cards nowadays can hold as much as 1 TB worth of data.

And now, the most important part of the laptop; the specs. As mentioned before, the Blade Pro 17 has one of the latest graphic cards installed, which is the famous RTX 3080. The RTX 3080 is known to be one of the most powerful gaming graphic cards in the market, right behind the RTX 3090. It is capable of supporting video games when they are at their highest settings. In addition to its massive 32GB RAM, it complements very well with the graphic card, making it possible even for professional uses such as 3D rendering, video editing and live streaming. Because of how advanced the graphic card is, the Blade Pro 17 can double as a workstation for designers.

Of course as a gaming laptop, it doesn’t come cheap at all. Just like any other gaming laptop, the Blade Pro 17 has an extremely steep price sitting at USD 3,999. It is so expensive that it is better to invest into a gaming desktop instead and it would probably cost as much or lesser than this laptop. Despite its high specs, the Blade Pro 17 has poor battery life as it can last up to only 4 hours, even less when you are playing games. Although this is a no brainer, carrying the power supply can be cumbersome. However, the Blade Pro 17’s power supply in particular can be pretty big compared to the other laptops released almost at the same time.

If you are looking for a better laptop or you hate Razer products in general, then here are some alternatives that’s worth looking into.

Compared to the Blade Pro 17, it underperforms as it is equipped with the RTX 2080 graphic card and 16GB RAM. To make up for it, the ROG Zephyrus G14 has a longer battery life that lasts up to 11 hours when you’re not playing any games. Although it is an older graphic card, the RTX 2080 is no slouch as it can support video games with high graphic settings. However, it has two issues, a lack of webcam and keyboard backlight. In most cases, the webcam is useless so you can do fine without it, but the fact that it doesn’t have a keyboard backlight makes typing difficult. But as a poor man’s gaming laptop, the ROG Zephyrus G14 can serve you well. 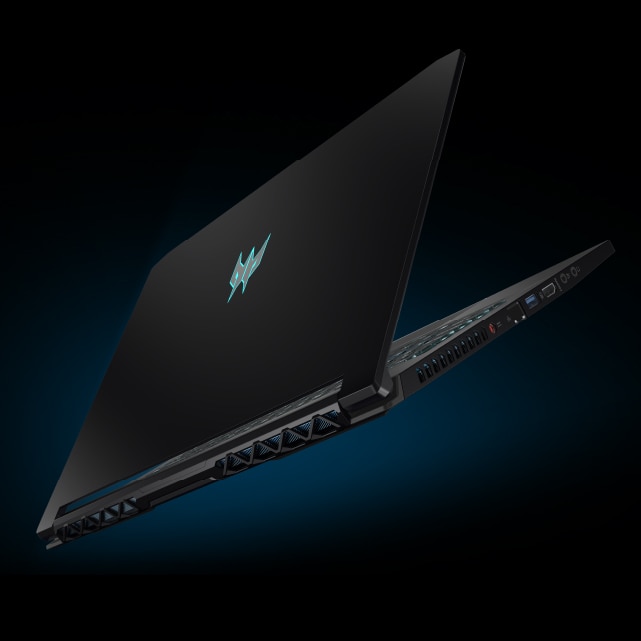 In the end, it heavily depends on the individual on which laptop they should get. If you are willing to spend a lot of money for one of the best gaming laptops in the industry, then go for the Blade Pro 17 if you like. But, there are many other alternatives that are not only cheaper, but perform almost as well as the Blade Pro 17, although they might not have the same specs to compete against it. Still, if you want a gaming laptop purely just for gaming, then it is wiser to look for cheaper alternatives or invest into a gaming desktop instead as not only can you make a more powerful gaming desktop, but it can also double as a workstation as well, if you know what you are doing.