As a gamer, you will recognize the name “Razer” and remember it’s green, squiggly logo that looks like a weird fidget spinner. You might also recognize their signature green and black color combo, which stands out oddly but has become their trademark color for their products. Like any other gaming equipment manufacturer, Razer has manufactured plenty of gaming equipment and computers. They have also developed specialized gaming controllers, the Raiju and Wolverine series, which provides more buttons and functionality on a controller.

In 2018, Razer went far and beyond and created their very first smartphone, cleverly named Razer Phone. As the first smartphone tailor made for gaming, it is a one-of-the-kind smartphone that exists in the market. Unlike any other smartphones, the Razer Phone series is used in tandem with their laptop called Project Linda, which unfortunately never came into fruition. Talking a little more about Project Linda, it is a laptop that has a unique functionality that instead of having a touchpad, it has a space that perfectly fits the Razer Phone. Once connected, users are able to use the smartphone as a second screen and are able to play mobile games on the laptop. Just like the phone, the laptop is also one-of-its-kind devices that no other laptops have until now, but the announcement of Razer Phone 2 would have led to Razer shelving Project Linda and we will never see it come to life.

So, we have both the Razer Phone and Razer Phone 2, both smartphones with extremely creative names. But, what are the differences between the two smartphones? 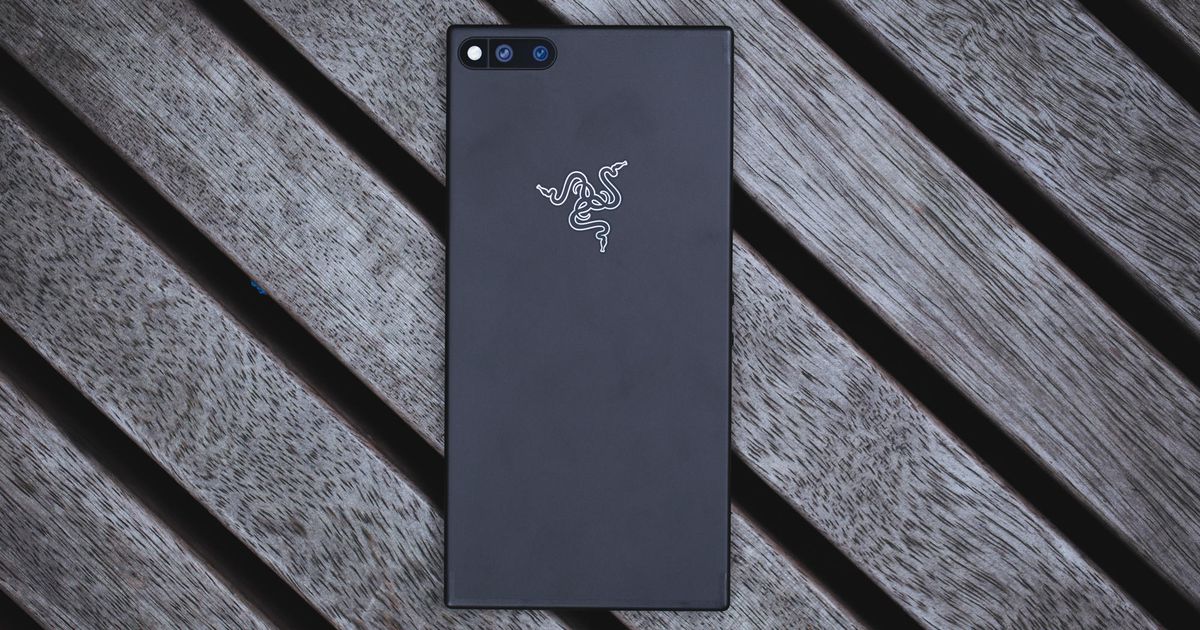 First off, we have the first of the two Razer smartphones. From the looks alone, it looks extremely sharp for a sharp. Most smartphones during its time of debut had curved edges, making it comfortable to fit in almost every pocket. The sharp and straight edges of the Razer Phone makes it look futuristic and new, but it hurts to carry it in your pocket. The resolution of its screen is 1440×2590 pixels, which means it is capable of displaying high quality images and videos. The smartphone can last up to 62 hours before needing to charge.

Despite being a sequel, the Razer Phone 2 looks exactly the same as its predecessor. But as a sequel, it has some improvements to its system than the first Razer Phone. The logo on its back is now RGB-supported, further emphasizing its role as a gaming smartphone. Razer Phone 2 also supports higher quality videos as it can support up to 120fps at 1080p while its predecessor is locked at 30fps. Additionally, it comes with a wireless phone charger, which was beginning to trend during its debut in 2018. When it is fully charged, the Razer Phone 2 can last up to 70 hours which is longer than its predecessor by 8 hours.

The Razer Phone 2 is sturdier than its predecessor as it is fitted with an aluminium back and frame. It is also equipped with a water and dust free screen, attracting less dust and making it more durable whenever it comes in contact with water.

Everyone loves to have an option to change the color of their smartphones. It helps to make them stand out than the standard color that some colors would boost the price of a smartphone. In the Razer Phone series’ case however, there is no option to select a different color and it will always come in black. This may be due to most of Razer’s products usually come in only black and green, which is its signature color. Nevertheless, having an option to change colors would have helped to personalize their smartphones and make them unique.

In this day and age, there are many smartphone users who love to take pictures of themselves, an object and location of interest to post them on social media apps and gain internet points. Both Razer smartphones underperformed

Since it is made by a gaming manufacturer, the smartphones have a high price tag among the other smartphones that were published in the same year. Unfortunately, despite being built as a smartphone for gamers, other smartphones like Huawei Mate P20 Pro, Galaxy Note S9 and iPhone XS Max perform as well or even better than the Razer Phone series at a cheaper price.

Since they are a year apart, both smartphones not only look similar, but their systems and functions are similar as well, with the Razer Phone 2 performing slightly better than its predecessor.

Despite being the first company to make a gaming smartphone, the Razer Phone series quickly fell out of popularity as better smartphones are being created, especially when Huawei’s smartphones are one of the hottest topics within the community. Since the smartphone was released in 2018, you can afford it at a cheap price right now if you need a cheap smartphone. However, don’t expect to take Instagram-worthy pictures as it underperforms more than the other smartphones that came out the same year at a way cheaper price too such as Google Pixel 3, Huawei Mate 20 Pro, and Galaxy Note 9 just to name a few. If you want a smartphone not for it’s camera and purely for gaming, then don’t hesitate to grab a Razer Phone yourself and experience what it is like to own the world’s first gaming smartphone.