Maybe you would rather try to survive in the forest you are stranded in than to go through your day job trying to save up as much as you can, as if you must afford a family medical insurance coverage plans Malaysia. Can’t argue with you. After all, a job is never easy.

But suppose you do want to take your breaks or spend the free time you have after work every day with survival games, where can you begin? You browsed the list of similar games on platforms like Steam, and there are a lot of them. Which one can give you the so-called “ultimate survival experience?”

Although there are a few survival games I can recommend, nothing can ever come close to a game that has been in development for so long, yet remains playable to this day because of its realism. Introducing the Finnish Far North, where you will be taken as far as your computer can take you. 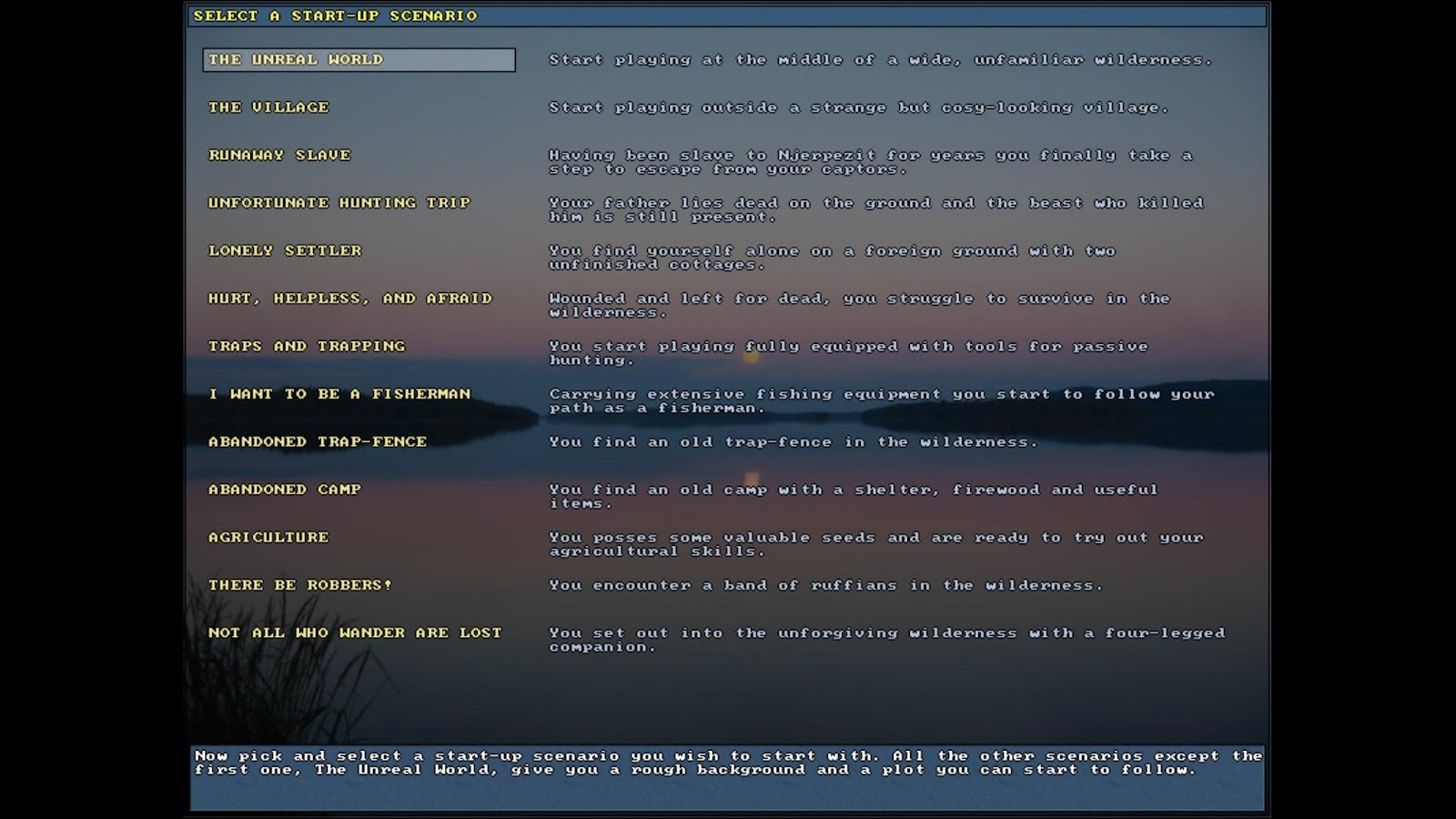 Do you want to walk around donning an entire set of clothing made of bear skins? This game is definitely for you, if you contracted enough psychosis to chase down bears senseless. Bonus points if you do this naked.

Unreal World is a game set in Iron Age Finland, and has been in development since 1992. It earned the Guiness World Record Gamer’s Edition 2019 for “First open-world survival video game”, as well as being the longest update support for a videogame in the 2017 edition. True to the words, it is still receiving updates and support to this day, a testament of its longevity. 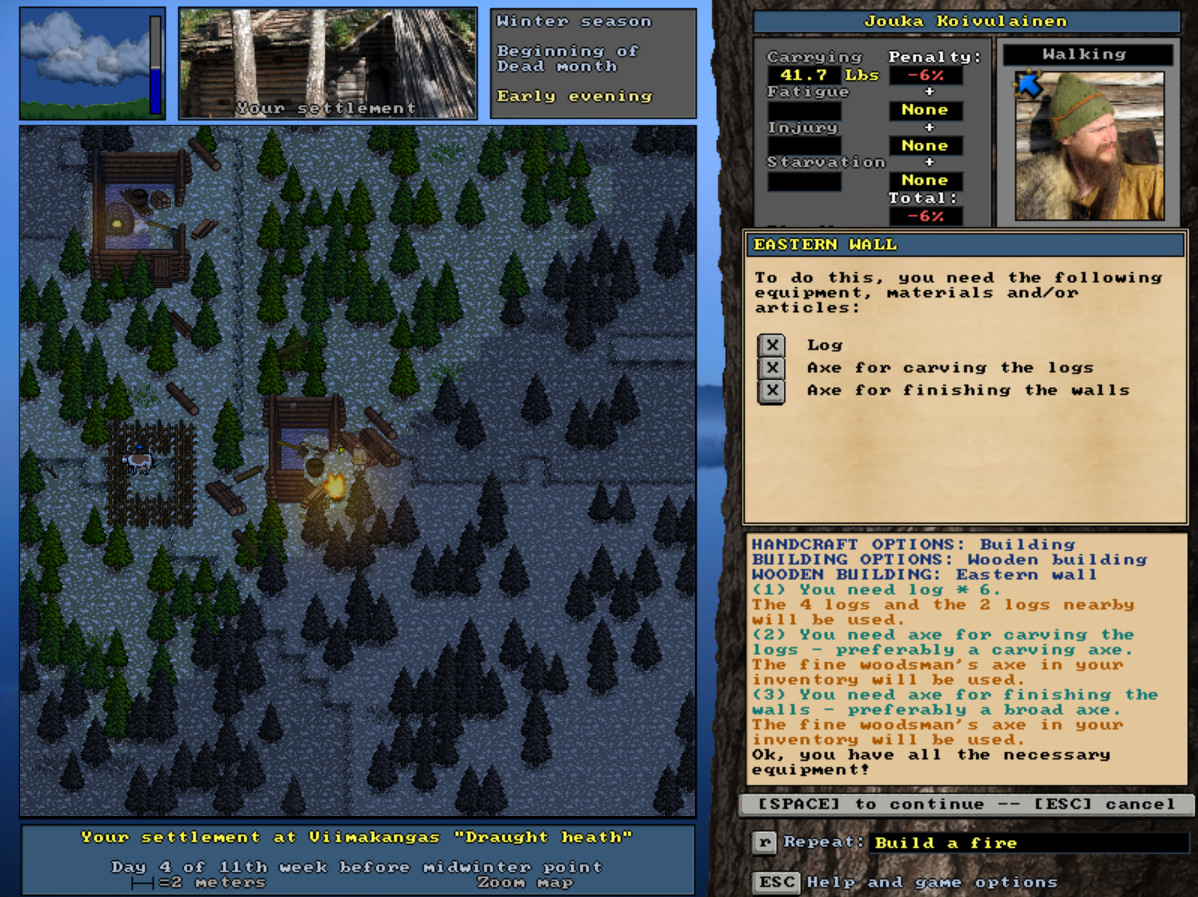 In Unreal World, you can do what you set yourself out to do. The setting is open world and you can go pretty much to any region in the map. At the start, there are backstories that you can choose, many which place you in specific situations and sometimes give you extra items.

The “Unreal World” option gives no advantages or disadvantages, a good choice for new players if they want to get used to the game first and veterans if they rather set their own goals. I recommend starting with “The Village” as this places you in one. Now you automatically have a safe haven to retreat to.

“Unfortunate Hunting Trip” is also a good start as it grants you extra random items like weapons, some armor, food and others for your own use or trading. You get all these from your dead father, who was mauled by a bear earlier. The beast may still be present somewhere, so be careful.

The game has a learning curve which you may have to take some time in getting used to the controls and mechanics. While starting a new game, you also have the option to choose three “modes”, where two of the three are tutorials. “Living In The Wild” is the option for new players as it teaches you mechanics and survival skills. 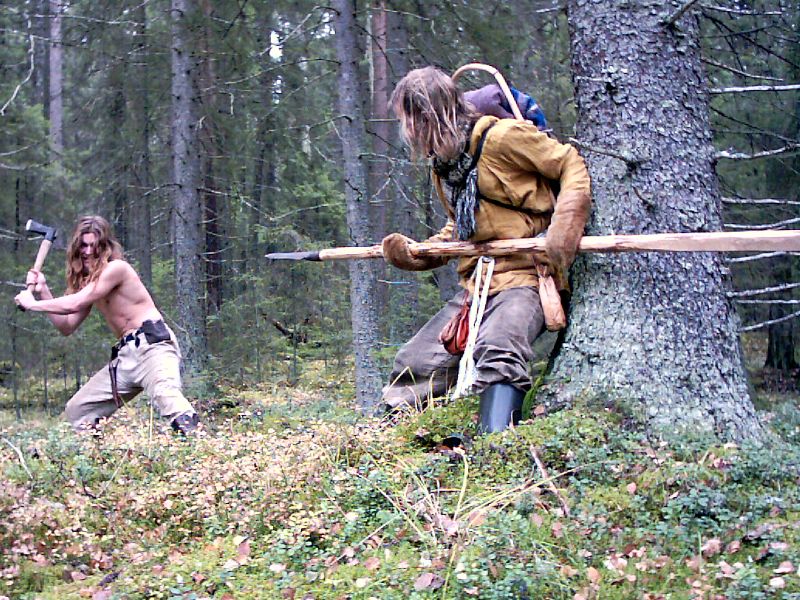 Unreal World’s presentation may not look like much at first glance. Even with the gradual graphical upgrades, it still plays like an old fashioned roguelike roleplaying game where you can only use your keyboards to play. The terrains look repetitive, but it works in Unreal World’s favor.

You will have to get used to seeing so many trees, rocks and so on that it becomes second nature to you. This also allows you to make out certain objects among the terrain, such as mushrooms or even animals.

But what really justifies the longevity of Unreal World’s presentation is the surprisingly deep mechanics. If you want to hunt an elk, for example, you cannot simply chase it down or you will tire and lose it.

You really have to stalk it from a distance after stumbling upon it in the overworld map, and you do that slowly. You best zoom out your camera so you have a larger radius to look at and locate the elk. If it runs away, you have to follow its tracks. Weapons like bows and javelins are best for long distance hits.

After you finally make your kill, you have to skin it if you want its hide, then you butcher its meat and fat. If you butcher first, you won’t get that precious hide. You also have to take steps in tanning and drying the fur, and as for your meats, you have to cook or, even better, preserve it. There are different recipes you can cook and preservation methods to use, though smoking and drying remains the best.

Hunting isn’t the only way to get food, as you can also trap, fish, forage or trade.

That is how intricate the mechanics are. Building even a simple, small cabin takes time as you have to cut six trunks, carve them into logs, and then build. That is just one corner or wall of your entire home. Might as well treat it as a construction project. 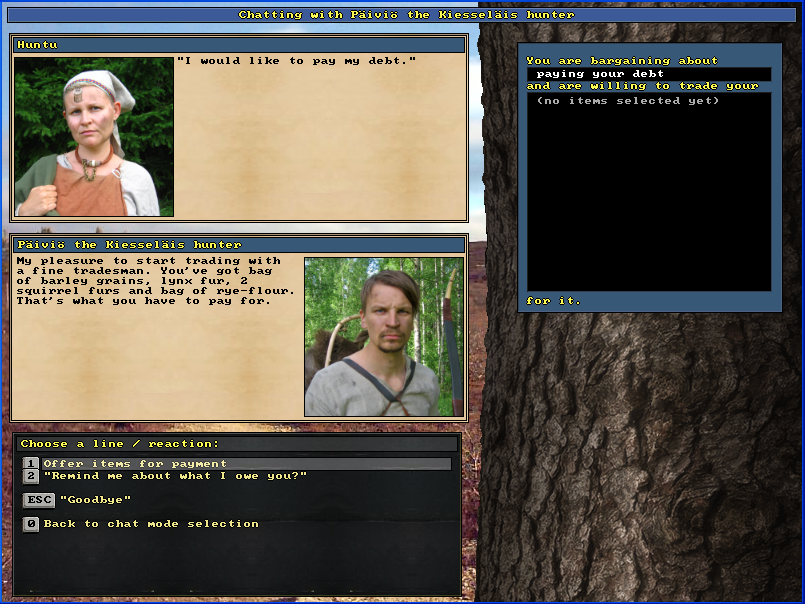 Combat is just as complicated. Not as laborious as certain other tasks, but it is hard. You can hit either the head, arms, legs or body. Attack styles depend on your weapon type. For instance, if you are knocking out an enemy, you are using a club or a blunt end of a spear. Your weapon and dodging skills also determine your chance of getting a hit and missing the enemy’s.

You can block attacks with some weapons, though a shield is more optimal. You can also don layers of clothing and armor for more protection.

Getting armored and having a high weapon skill increases your chances of survival, as well as having a few NPCs as your companions. If you want to fight alone, you best fight only one hostile. Two may be manageable, but dangerous. Fighting three is a death warrant.

Alternatively, you might as well run with Ctrl+R and get out of dodge, as far away as you can from your foes should you encounter them in the overworld map.

Death is permanent, so if you don’t want to lose your precious adventure, weigh your risks based on your current situation and gear.

You are reading it right. Bartering. There is no money in Unreal World, instead if you want to buy something, you have to trade with something of equal value. Gear like weapons and armor are expensive and rare in villages, and are more common from foreign traders that sometimes roam the map.

These traders only want furs, so if your settlement has plenty of bear, elk, wolf or any other animal furs, this is your chance.

Otherwise, you normally trade in villages for items such as pots, nets, foods, boards, whatever that you need.  Furs aren’t your only means of trading, you can use other items too. Want a pot? If you have a spare axe, you can try bartering with it. If the NPC says it is not enough and you happen to have some normal quality nets? Go ahead.

Trading is finalized when you give enough valuables in exchange for that item. The more you want, the more you have to give. 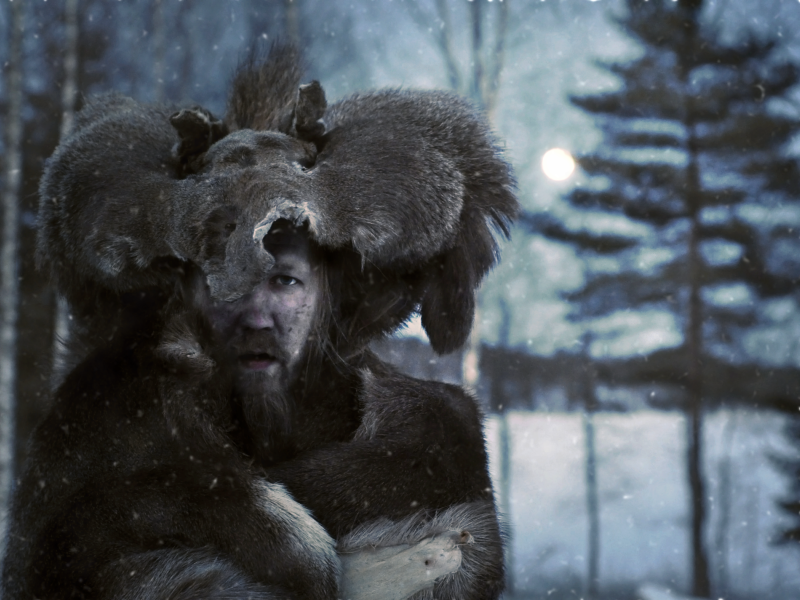 Unreal World is a game that may frustrate you at first, but with patience and perseverance, it always feels rewarding when you finally achieve your goal. Build a house, hunt a bear or certain animal, get yourself upgraded, raid a hostile camp, stock up for the game’s harsh winter season, and so on.

I lost count of the total hours I played Unreal World, and I first picked it up in 2015 or 16. Although I gradually play less survival games nowadays, this is the only one that I will always come back to.

In conclusion, play it. It is a free game on its own website, and was released on Steam in 2016. If you want, you can buy the Steam version to not only play its beta updates, but also support the two developers that support it like good parents.

Just don’t be as enraged as a hibernating bear if Unreal World spoils survival games for you.